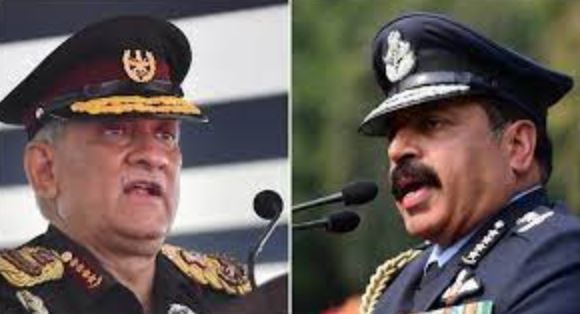 Recently, media reports about the formation of theater command in India indicated that the Ministry of Defense, the Army and the Indian Navy are fully prepared for its formation, but the Indian Air Force is the only one who is against this process.

Meanwhile, CDS General Bipin Rawat, favored by Theater Command, has described the Indian Air Force (IAF) as an air defense charter as well as an auxiliary branch for the ground forces. Responding to this, Chief of the Air Staff Air Chief Marshal RKS Bhadauria said on Friday that air power plays a huge role in any integrated combat operation.

Elaborating on the role of the Indian Air Force, Chief of Defense Staff Rawat had said that it is an auxiliary wing for the ground forces and this wing as one of the theater commands will look after the overall management of the airspace in the country. It is worth mentioning that General Rawat and Air Chief Marshal Bhadauria were addressing a session separately at a conference organized by the think-tank ‘Global Counter-Terrorism Council (GCTC).

When asked about Gen Rawat’s comments, Air Chief Marshal RKS Bhadauria said, “It is not a stand-alone supporting role. Air power plays a major role in any integrated war. He said that the Indian Air Force is fully committed to the proposed establishment of Integrated Theater Command.

When asked about the situation in eastern Ladakh, Bhadauria said that the Chinese side has increased its infrastructure in the region. “Initially after the troops have retreated, what has happened is a virtual kind of status quo. The Indian Air Force is closely monitoring the situation in the area.