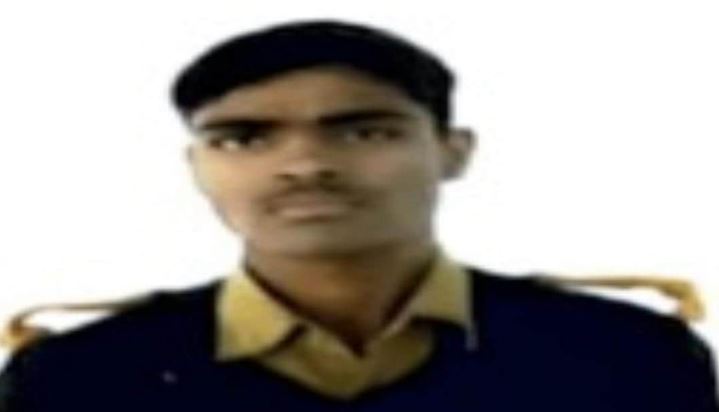 Today everyone is remembering the bravery of 15-year-old cadet Amit Raj of Sainik School, Purulia. At this young age, Amit lost his life and saved the lives of three children. Seeing the children engulfed in flames, while everyone was asking for help, Amit went ahead and saved his life, regardless of his life. But unfortunately, he could not save himself. Amit’s bravery has been saluted by the Indian Army itself.

Originally hailing from Nalanda in Bihar, Amit Raj was studying in Sainik School, Purulia for 10th standard. On 7 December, when Amit was at his house, a huge fire broke out in the neighborhood. It was found that 3 children got trapped in the flames inside the house. On hearing this, the cadet could not stay with Amit Raj and immediately entered the house with the intention of saving the children.

15 year old Cadet Amit Raj of #SainikSchool #Purulia sacrificed his own life while saving the lives of three children. He will continue to inspire future generations with his courage and bravery. #IndianArmy salutes the supreme sacrifice of the #Braveheart pic.twitter.com/IorqxvlOJE

However, Amit rescued the three children but got himself badly burnt by the fire. After burning 85 percent, Amit was admitted to Safdarjung Hospital. But Amit lost the battle there and breathed his last on 13 December.

Even though Amit Raj has said goodbye to the world, the country will always remember his bravery. The Indian Army tweeted Amit’s bravery by tweeting. The army wrote, ’15-year-old cadet Amit Raj sacrificed his life to save the lives of 3 children. His sacrifice will continue to inspire generations to come, Salute.