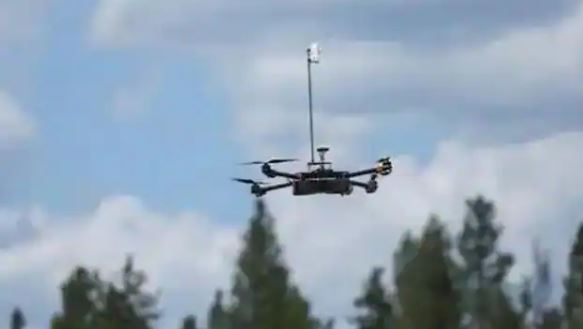 Border Security Force (BSF) has asked the Defense Research and Development Organization (DRDO) to bring prototype anti-drone systems to Jammu and Punjab sectors for real-time testing. Earlier this month, the anti-drone system was successfully test-fired under controlled conditions at the DRDO facility in Kolar, Karnataka before BSF officers and security agencies.

Pakistan-based Islamist and Khalistani terror groups are using unmanned drones to supply arms, explosives and ammunition across the western borders to their terror networks within India, particularly in Jammu and Kashmir and Punjab.

Here, today the security forces have got a big success in Jammu and Kashmir. Here in Akhnoor, the army shot down a huge Pakistani drone. Along with this drone, the police have also recovered 5 kg IED.

Police have shot down a drone in Kanachak area of ​​Jammu and Kashmir. It is believed that this drone with explosives was sent from across the border. Let us inform that since the drone strikes on the Air Force station on June 27, incidents of drone sighting are happening at different places. There were also reports of drone sightings thrice at the Air Force station. But the drone could not be detected.

It is not even a month since the drone attack on Jammu Air Force Station and today once again the drone was sighted. However, it was a matter of relief that on seeing this the police piled up. This drone has been stacked within five kilometers of the border. According to the police, five kilograms of explosives have been recovered from this drone. It is being told that this incident happened in the early hours of Friday. Let us inform that the incident of drone sighting has come to the fore in the Union Territory only in the morning.