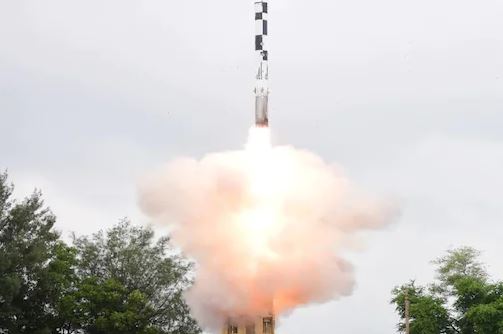 The long-range version of India’s powerful Brahmos supersonic cruise missile was test-fired in Odisha on Monday. However, the missile failed the test. According to the information, during the test of the extended range version of BrahMos, the missile fell immediately after flight. This version can strike the target up to a distance of 450 km.

News agency ANI quoted sources as saying that the long range version of BrahMos was being tested in Odisha on Monday morning. But the missile fell on the ground soon after launching. Due to which flaw this test failed, it is now being investigated by a joint team of scientists of Defense Research and Development Organization (DRDO) and BrahMos Aerospace Cooperation. In this, the reason for its failure is being ascertained.

According to sources, the reason for the failure in the missile test is initially seen to be an issue of operational power. But it is being said that the real reason will be understood only after investigation.

On June 28, India also successfully test-fired its advanced nuclear-capable ‘Agni Prime’ missile from a military base off the coast of Odisha. Defense Research and Development Organization (DRDO) gave this information.

DRDO had said that the surface-to-surface ballistic missile has a range of 1000 to 2000 km. A DRDO source said that the smooth-surfaced missile is an advanced version of the Agni series, which was piloted from a mobile launcher at 10.55 am from Abdul Kalam Island in Odisha.