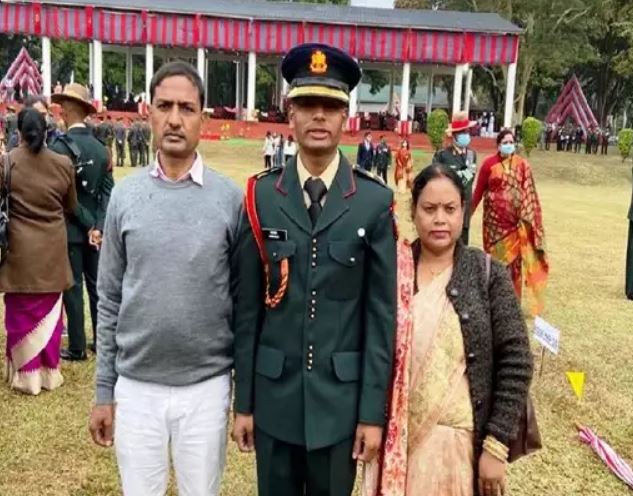 Akashdeep’s father Jwala Prasad told that Akashdeep’s childhood has passed in Patna. He got his early education while staying there. Passed Sainik School examination for 6th class. Enrolled in Sainik School, Kunjpura, Haryana in the year 2009. Education was initiated there until 10 + 2. He then passed the NDA exam in 2016. After that enrolled in NDA. NDA studies were completed in the year 2019. After that he joined Lieutenant on 12 December 2020. People of the village, block and district are happy with their success.

Akashdeep’s parents, who arrived in the passing out parade, could not bear the brunt of the son’s success. As the final steps of the passing out parade were completed, the ground echoed with thunderous applause. When Lieutenant Akashdeep clung to his mother, tears of joy spilled in his eyes.

Lt Akashdeep said that there is no dearth of talent in rural areas. They believe that if the goal is clear and positive initiatives are taken, success is sure to kiss your footsteps. There will be some problems, but do not panic.