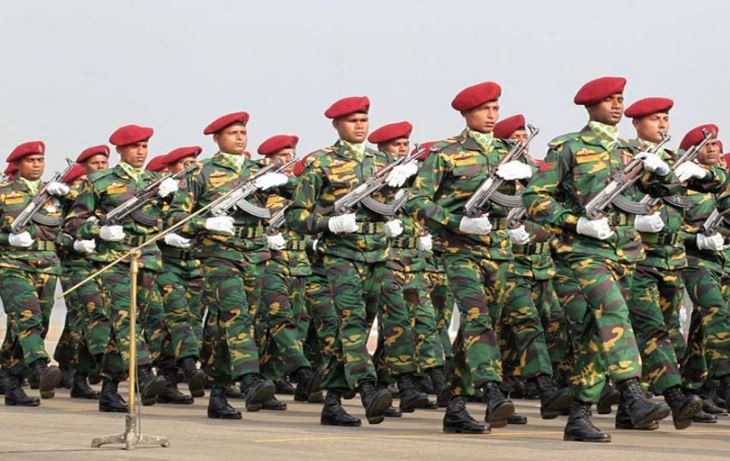 Due to Coronavirus infection this year, even though the route and size of Republic Day Parade is going to be small. Despite this, the parade of this time is going to write a new history. For the first time in this parade, Bangladeshi soldiers are also going to march on Rajpath.

According to the information, a contingent of 122 Bangladeshi Army personnel has reached Delhi to participate in this year’s Republic Day Parade. The contingent has been brought to Delhi from the Indian Air Force aircraft C-17 aircraft. On this occasion, the Indian Army tweeted and said, we will fight together and march together. The army said that this is the 50th year of the golden jubilee of friendship between the two countries, which the two nations are celebrating together.

The Indian High Commissioner in Bangladesh also tweeted and informed the Bangladeshi soldiers to fly to join the Republic Day Parade. The Ministry of Defense of India said that on the golden jubilee of the 1971 war, programs will be organized throughout the country this year. In which soldiers who participated in the war will also be honoured. Apart from this, exhibitions, seminars, film festivals, conclaves and adventure activities will be organized in the country.