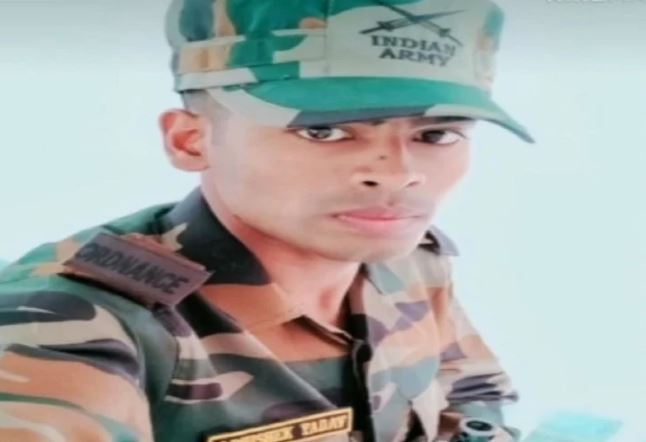 A Red Army jawan of Vrindavan village of Bahriabad police station area of ​​the district died after his jeep fell into the ditch. The accident happened while descending from a military camp on a hill in Assam. There was a furore among the family members as soon as they came to know about the incident. The body is expected to reach the native village on June 3.

Army jawan Abhishek Yadav (23), a resident of Vrindavan village, was posted in Assam. On May 30, the jeep fell into a ditch uncontrollably while descending from a hill station in Assam. Two of the five jawans in the jeep died on the spot in the accident. Three injured jawans were admitted to Sainik Hospital in Tezpur, Assam.

Abhishek Yadav of Ghazipur died during treatment at 10 am on Wednesday. There was a furore among the family members as soon as the army officers got information about the incident. Hearing their cries, a crowd of villagers gathered at the door.

Here, the jawan’s father Ramjanam Yadav and elder brother Harikesh Yadav have left for Assam. Abhishek had just joined the army last year. He was supposed to come home on June 3 on his first leave after getting the job. He was the only earning son of a financially weak family. The incident left a mountain of grief on the family. The whole village is shocked by this incident.