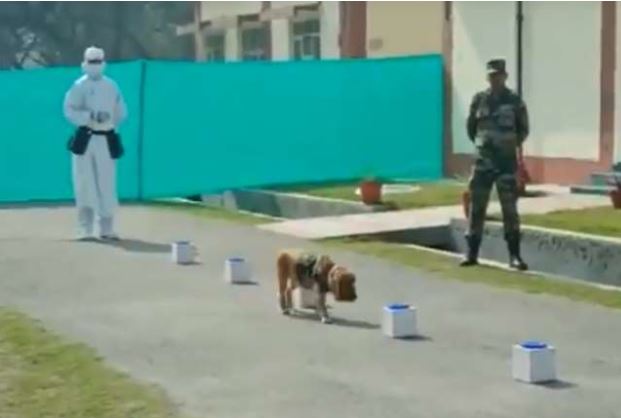 In this, 6 different sample cans were kept by the army, after which a dog was left to identify it. The dog saw all the coaches and sniffed and after that he sat near the real box. The training jawan called the dog to him. With this it was decided that the dog could identify such samples properly.

Army trainer Colonel Surendra Saini told that the two dogs who have been trained for this. Two Labrador and native breed Chippipai dogs Jaya and Mani were also present. He said that on the basis of the data of the samples tested so far, it has been found that the dogs identified by them are up to 95% valid.

It is known that the corona virus spread from China caused havoc in different countries all over the world. Locked down due to Corona in India. The economy was badly affected during the lockdown, the condition was such that it has not been able to get back on track yet.