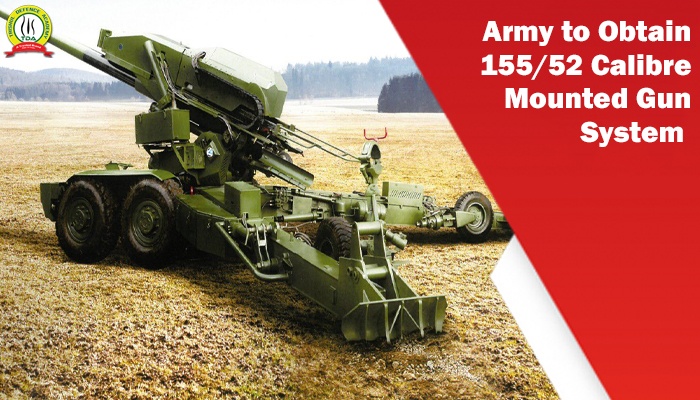 BENGALURU: The Indian Army is preparing to induct the 155/52 Calibre Mounted Gun System to boost its firepower. Artillery helps in winning battles! Judicious use of artillery can shower death on the troops in the open and also destroy bunkers with deadly accuracy. This was clearly evident in Kargil where the Indian Artillery pulverized Pakistan bunkers, kept their heads down and made the task of assaulting Indian infantry easier.

Artillery modernisation is a top priority! To add an extra edge to the Indian Army’s artillery, the move to procure 155/52 Calibre Mounted Gun System has been set into motion. Request for Information (RFI) has been issued by the Indian Army and Ministry of Defence for acquiring 155/52 Calibre Mounted Gun System that can be utilized for the execution of artillery tasks in the northern and western borders of India.

The best part of all is that this calibre mounted gun system can be deployed for artillery attack in varied terrains like plains, mountains, high altitude area, semi-desert and desert terrain. With this, India stands to gain advantages in terms of streamlined logistics, easy maintenance and repairs including standardization of ammunition.