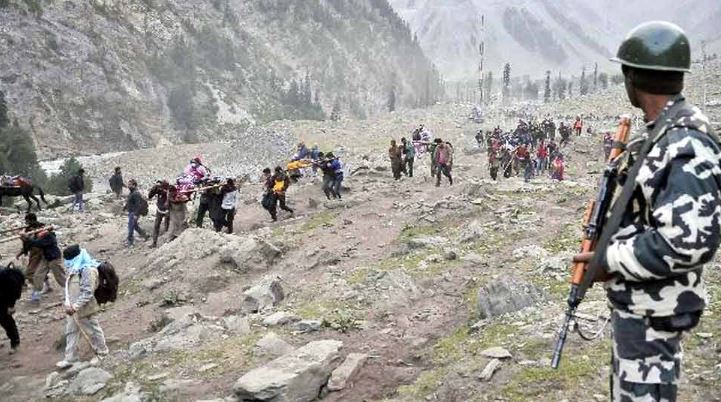 A senior Indian Army official said on Tuesday that the security situation in South Kashmir has improved significantly. The army is ready for challenges like the threat of IED explosives and the successful conduct of the annual Amarnath Yatra.

The official said that the huge crowd of tourists in the valley including the Pahalgam resort of South Kashmir is a testimony to this improvement. Officials said, ‘We are not saying that it is terrorism-free, but it has improved a lot and people’s support for our efforts and (anti-terrorism) operations is increasing.

The army said, “The coming summer months are a challenge for the security forces, especially in view of the high number of tourists and the Amarnath Yatra. But we are ready to deal with those challenges. We will take care of the deployment of forces on the route of the Yatra and put additional forces where needed. We will be able to conduct a safe journey. We are looking forward to the good days.

Significantly, the world-famous Amarnath Yatra was cancelled in 2020 due to Coronavirus infection last year. Taking this decision suddenly, the officials of the Amarnathji Shrine Board (SASB) had announced the cancellation of the yatra. But after the introduction of the vaccine, the fear of this virus has reduced. In such a situation, it is expected that the holy Amarnath Yatra of Lord Bholenath in the year 2021 will begin every year in the month of June.