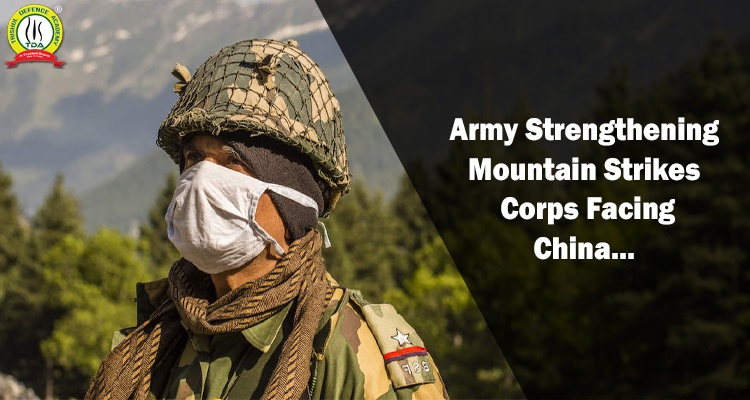 NEW DELHI: The Indian Army is adding about 10,000 more troops to its only mountain strike corps responsible for offensive operations along the China frontier, bolstering its deployments along the northern borders. The Mountain Strike Corps’ strengthening is part of the force’s efforts to shift its attention away from the western front with Pakistan and concentrate more towards the Chinese frontier.

According to government sources, an established Division formation in the Eastern sector of about 10,000 troops has been assigned to the 17 Mountain Strike Corps headquartered in West Bengal’s Panagarh. “The Centre cleared the Mountain Strike Corps about a decade ago, but it only had one Division attached to it, and with this latest move, it will now have more firepower and manpower at its disposal.”

In the recent past, the Army has done a lot of rebalancing, and a number of units have been given dual missions and requested to concentrate more on the China border, the issue which has blown out of proportion last year due to Chinese aggression in eastern Ladakh and other regions.

Meanwhile, the Indian Army and other security forces have begun returning to the Ladakh sector and other mountainous areas along the Line of Actual Control for summer deployments (LAC). Since last year, both the Indian and Chinese armies have had a significant number of troops stationed at the border.