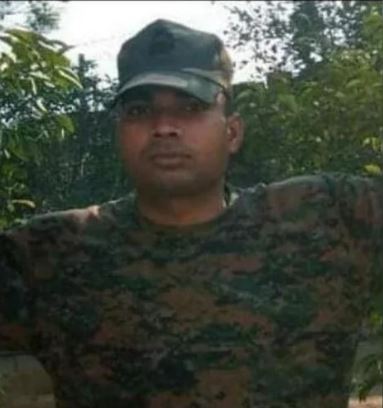 The soldier, who was returning from duty to his residence, died of a heart attack on his way. Hearing the news of the soldier’s death, a wave of mourning spread in the area. Anil Kuntal (32 years) son of Anil Kuntal (32 years) resident of Nagla Bhuria village of Thana Magorra was working in the Artillery Regiment in the Indian Army.

He was returning to his residence after performing maneuvers on Monday. He died of a heart attack on the way. This caused a wave of mourning in the area. Villagers gathered at the soldier’s house. According to the information, the body of soldier Anil Kuntal will reach his village in the morning on July 13.

The last rites will be performed with military honours. During this, Govardhan block chief Vipin Singh and Maharaja Group chairman Pritam Singh reached the village and expressed their condolences to the family.