Army Recruitment Scam: Candidates Paid Bribes to Get in | Best Defence Coaching Skip to the content 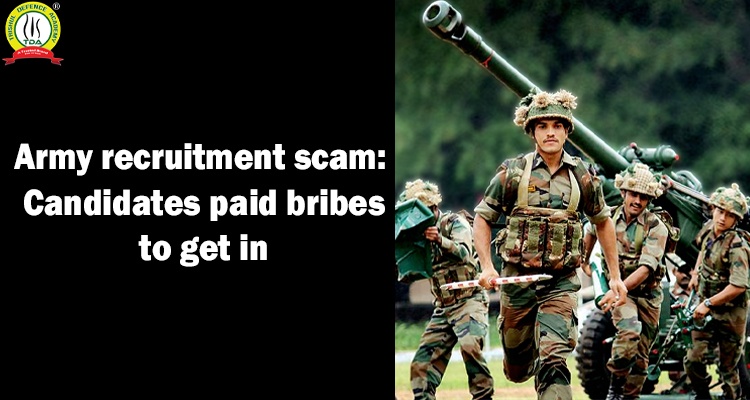 NEW DELHI: In a hall of shame, an internal inquiry conducted by Army revealed that some candidates have paid bribes to get selected in armed forces. They made it into the Officers Training Academy (OTA), Chennai, and cleared the Service Selection Board (SSB) of the National Defence Academy (NDA) in December 2020 by paying bribes. Several serving personnel, including five Lt Colonel rank officers and two Majors, are involved in the scam. The probe began last month after the Army’s Military Intelligence wing received a tip-off over the payment of bribes to clear rejected officer candidates during their review medical exam at the Base Hospital in New Delhi.

The case has been handed over to CBI for detailed investigation. The CBI has booked 17 Army officers and personnel including a Lt Col, Major, Naib Subedar, and Sepoy and six private individuals, among others, for alleged bribery and irregularities in recruitment of officers and other ranks through SSB. After conducting a detailed probe, CBI filed the charge sheet against the accused public servants and private persons.