Army commander said - India and China were at the mouth of the war; The armies were face to face on 31 August | Best Defence Coaching Skip to the content 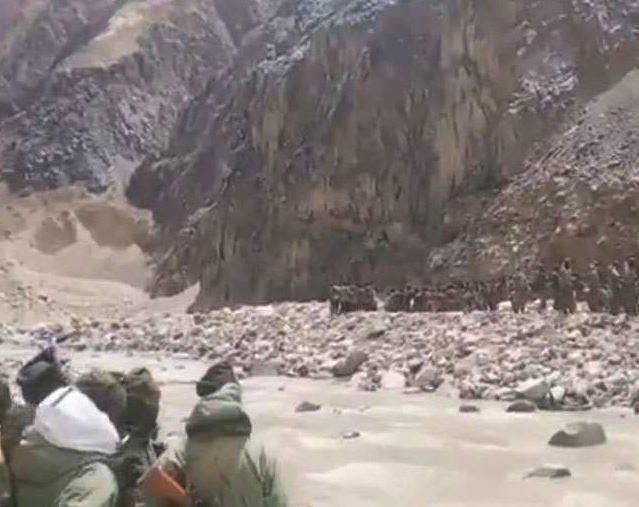 Lt. Gen. YK Joshi, General Officer Commanding in Chief of the Army’s Northern Command, has said that at the end of August last year, the Indian Army and China were at the mouth of the war on the Line of Actual Control in eastern Ladakh. The war was averted at a time when conditions had become very fragile.

After the capture of several important peaks in eastern Ladakh by the Indian Army, the situation in the area became a war. Our junior leadership played a commendable role in the situation arising out of Galvan. He told that it was the best effort of the Chinese Army to snatch the peaks from the Indian Army. This was not possible.

At this time, the Army commander, who arrived on a visit to Leh in the midst of a campaign to repel China, the Indian Army from the Line of Actual Control after the agreement, told reporters on Wednesday that on August 31 last year, the two forces on the actual control faced each other. Stood ready to take action. He said that the situation was extremely critical from 29 August. China was moving to withdraw its peaks captured by the Indian Army.

The general said that on August 31, we had kept our troops and tanks on the Kailash range of the Line of Actual Control ready for any action. Our pan was heavy. Chinese army tanks were coming ahead of the slopes. Anything could have happened. In such a situation the war was averted when severe conditions arose.

At the same time, GOC INC told about the loss to the Chinese army in Galvan that our army had seen about 60 soldiers of China being taken away on stretchers. However, he clarified that it cannot be said that the Chinese soldiers who had been taken on stretchers were injured or died.