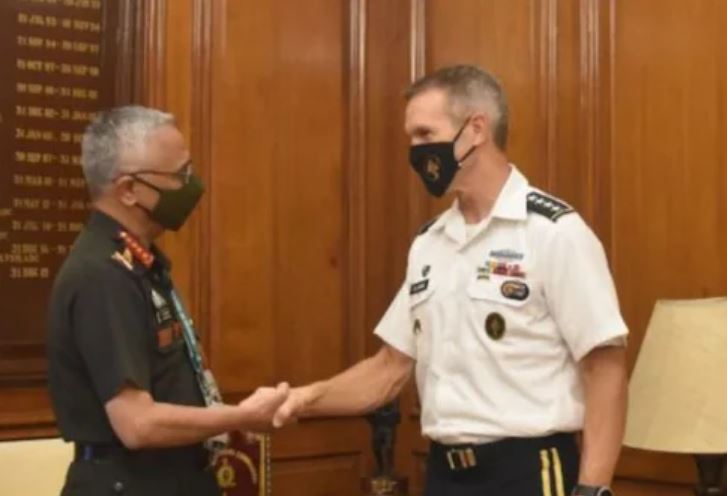 In a tweet, the army said, “Gen. Richard D. Clark, Commander of US Special Operations Command, USSOCOM, called on Gen MM Naravane and discussed issues of mutual interest.” In talks on various dimensions, ways to deepen it were discussed. General Naravane and General Clarke are also understood to have discussed the evolving situation in Afghanistan.

Before meeting General Naravane, a US military officer laid a wreath at the National War Memorial. The army said, “This visit will enhance defense cooperation and military ties between the two countries.” Also, General Naravane held a telephonic conversation with the Greek army chief Lt Gen Charlampos Lalousis. The talks focused on defense cooperation between India and Greece. India-US defense ties have strengthened in the last few years.

In October last year, India and the US inked a Basic Exchange and Cooperation Agreement (BCA) to further boost bilateral defense ties. The agreement provides for sharing of high-level military technology, logistics and geospatial maps between the two countries.

The two countries signed another agreement two years later called the Communications Compatibility and Security Agreement (COMCASA), which enables interoperability between the two armies and the sale of high-end technology by the US to India.