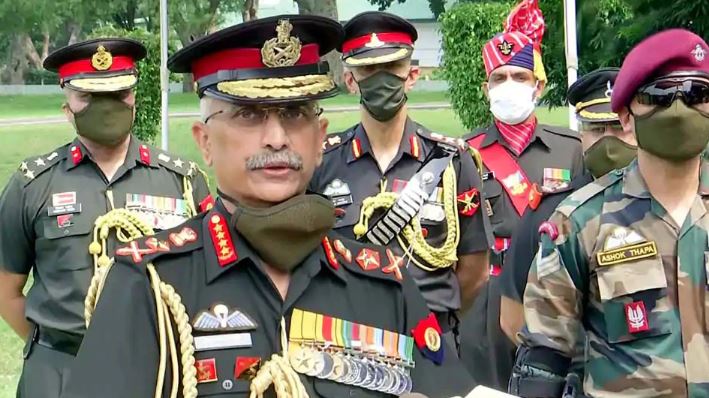 Rejecting the Indian Army’s claim that more than half of its soldiers are under stress, Army Chief General Manoj Mukund Narv ane on Tuesday joked that “I am also tense”. Stress is not a bad thing. ”

Army chief Manoj Mukund Naravane said that the report of soldiers being under stress is based on a sample of only 400 soldiers. He said that all steps are being taken to reduce the tension in the soldiers and the incidents of suicide of soldiers have also reduced. He said, ‘Based on just 400 samples, we cannot say whether there is tension or not. Stress can occur. I am also tense. Stress is not a bad thing. It can also have a good effect on work. ‘

A report by the military think tank United Service Institute of India (USI) states that more than half of the Indian Army soldiers appear to be under severe stress. More soldiers are dying every year in suicide, mutual quarrels and other unpleasant incidents than the enemy’s bullet. However, this report was removed from the USI website last week when there was a dispute.

General Manoj Mukund Naravane said, ‘I too have read the report. I would like to say that only 400 people were surveyed. I think the sample size was not appropriate. If you want a result that is 99 percent accurate and only one percent likely, then the sample size for such a study should have been 19,000. If you want the correct result to be 95 percent, then the size of the sample will be reduced to 7,000-8,000. ‘

The army chief said, “We have analyzed all these factors. Keeping all these in mind, we are in touch with the company commander and the commanding level officers. ‘