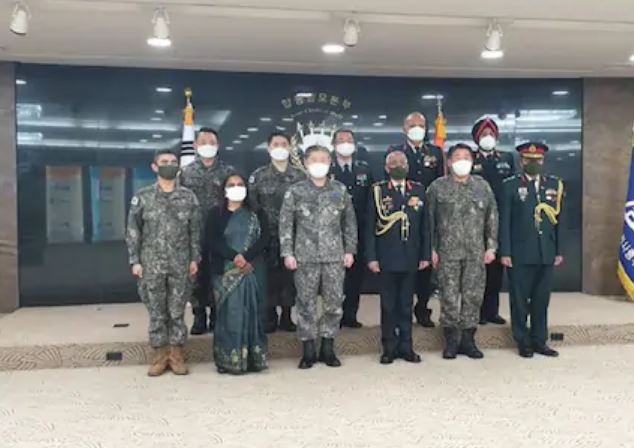 Indian Army Chief General MM Naravane started his three-day visit to South Korea on Monday. The Indian Army said that Army Chief MM Naravane started his tour with a tribute to the martyrs at the Korean military memorial. The purpose of the visit of the Chief of Army Staff is to increase strategic and defence cooperation between the two countries. The army chief met General Won of South Korea in Chowl and discussed strengthening India-Korea relations. South Korea is the main supplier of military equipment to India.

According to officials, during this visit, the army chief will talk to senior military officials of the Korean country on ways to expand bilateral military cooperation. According to reports, in the capital Seoul, General Narwane is scheduled to meet South Korea’s Defense Minister, Chief of Army Staff and Joint Chiefs of Staff.