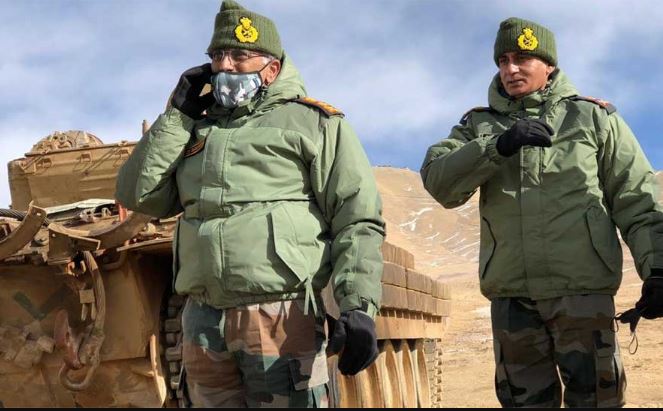 Chief of Army Staff General MM Naravane visited forward areas along the border on Wednesday amid continuing tension along the Line of Actual Control (LAC) in eastern Ladakh with China. Let us know that there has been a dispute with China over LAC for more than 6 months, in such a situation, this visit by the army chief is very important.

During the visit to Ladakh, Army Chief General MM Naravane went to Ground Zero and reviewed the current conditions and preparations of the Army. The army chief also visited Rechin La, south of Pangong. During this time, the army officers informed the army chief in Leh Army 14th Corps about the current situation on LAC.

The army chief has visited the border after a meeting of the WMCC on the ongoing dispute over LAC between India and China. Let me tell you that last week a meeting of the Working Mechanism (WMCC) was held for consultation and coordination on border matters between India and China. During the virtual meeting between the diplomats of both sides, the two sides discussed the five-point agenda made between the foreign ministers of India and China in Moscow. Also, the two countries soon agreed to hold the ninth round of military talks.