Armed Forces Flag Day is observed every year on December 7. For the last nearly 70 years, it is celebrated every year to honor the army. Prime Minister Narendra Modi has thanked the security forces on the occasion of Armed Forces Flag Day. Prime Minister Narendra Modi said during this time that India is proud of the heroic service and selfless sacrifice of the armed forces.

Defense Minister Rajnath Singh also thanked the army on this occasion. He tweeted, ‘On the occasion of Armed Forces Flag Day, I salute the valor and service of the Indian Armed Forces. This day reminds us of our duty to ensure the welfare of the families of ex-servicemen and soldiers who are martyred while protecting the nation. 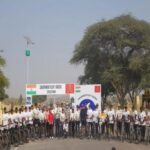 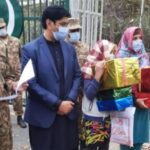