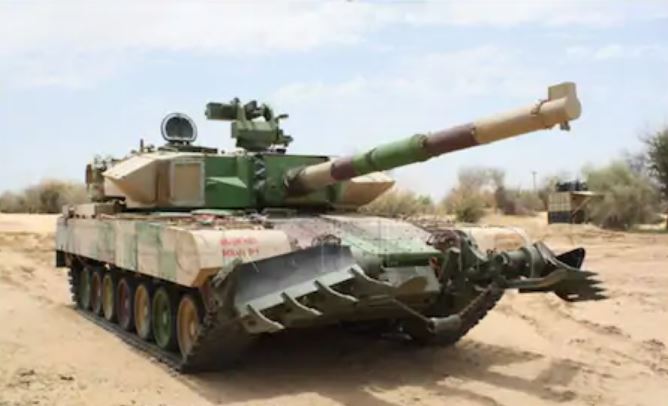 Indian Army is fully prepared to respond to any enemy on the border. After the fighter aircraft Rafale, now the army is busy strengthening itself on the ground. Weapons being made in the country are giving a lot of boost to Make in India. PM Narendra Modi will dedicate the advanced tank Arjun Mark 1A to the country in this order on Sunday.

In a recent Defense Ministry meeting, it was decided to include 118 upgraded Arjun Mark 1A tanks in the Indian Army. This tank, valued at Rs 8,400 crore, will give the army a big edge over enemies even on the ground.

Defense Research and Development Organization (DRDO) officials said, ‘PM Narendra Modi will dedicate the state-of-the-art version of the Arjun Tank to the country. On February 14, PM will dedicate it to the nation in Avadi, Chennai. This tank has been fully constructed and developed by DRDO and is going to meet every requirement of the Indian Army.

Two regiments will be formed from these 118 tanks. DRDO has been involved in developing the Arjun Mark 1A tank for a long time. There was a discussion between the Chief of Defense Staff General Bipin Rawat and DRDO Chief Dr. G. Satish Reddy to create indigenous weapon systems in the Army. The Arjun tank has been designed in the DRDO Combat Weekles Research and Development Establishment. Chairman Satish Reddy will present the first Arjun Mark 1A tank to PM Modi.

Significantly, since May last year, there has been a conflict between the army of China and India on the Line of Actual Control (LAC). At present, the forces of both countries are retreating from the southern area of ​​Pangong lake, but India is fully alert in view of the tricks of China. At the same time, the nefarious activities of Pakistan on the western border are not hidden from anyone. In such a situation, India is engaged in chalking its army from air to land.