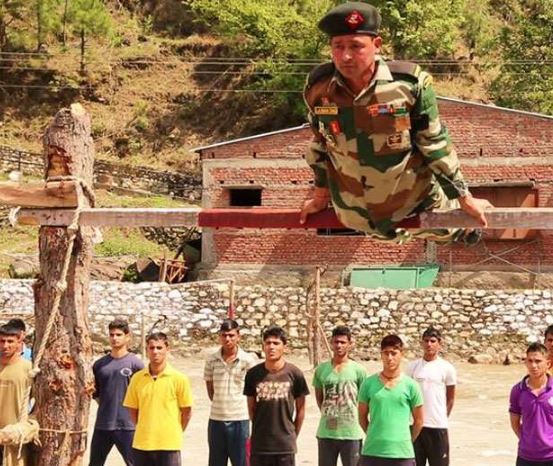 Young Vaibhav Mende of Sewati village of Kiranpur tehsil of Naxal-affected Balaghat district of Madhya Pradesh is writing a unique story of patriotism, courage and dedication. Vaibhav, who had an indomitable desire to join the Indian Army and fight on the front, was selected in the Indian Army, but due to injuries sustained in the accident, he could not pass the army health test. As a result, he could not join the army.

For the past three years, they have been preparing rural youth for the army. Six young soldiers have been formed under his leadership so far. Vaibhav Mende is the son of farmer Vitthal Rao Mende. He trained in Amgaon, Maharashtra in 2007-08. Vaibhav, read till tenth, was selected in 2016 in the Indian Army Rifle Force in Assam. But due to a fracture in one leg in the truck accident, he failed in medical examination. From then on, he decided that even though he himself could not enter the army, he would train the youth of his village and send him to the army.

From the year 2018, he started giving free training. In the first year, six youths were added, in the second year 2019, this number increased to 30 and now in 2020, 15 young men and six women were also added.

Gives rigorous training to young men and women twice a day. Trainees have to reach the ground at 5 am every day. Here till 6.30 pm, their rigorous preparations for running, exercise etc. are done. At 4.30 in the evening, they are again on the field and by 6 o’clock undergo exhausting training. Now, the youth of Kirnapur, Belgaum, Binora, Parsatola, Murkuda and other nearby villages are also reaching for training.