All Rafale Jets In India By March 17 : Rajnath Singh | Best Defence Coaching Skip to the content 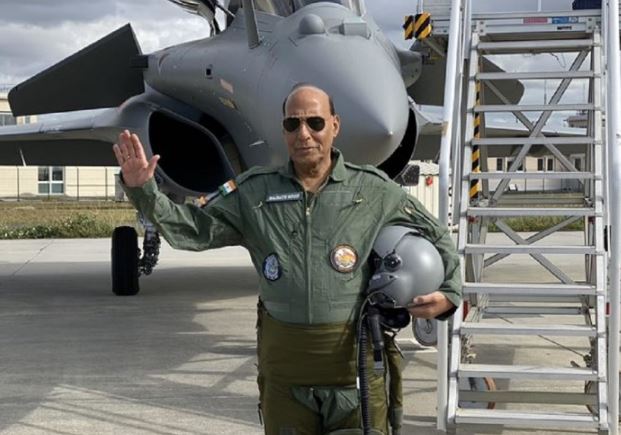 Defence Minister Rajnath Singh said in Rajya Sabha on Monday that all approved Rafale fighter aircraft will join the Indian Air Force by April 2022. In response to a question in the Rajya Sabha, the Defense Minister said that so far 11 Rafale aircraft have arrived in the country and by March 17 more will come to India.

He said that our army has now limited the antics of Pakistan to the limit. The kind of action that is done by our army is less appreciated.

In response to a question raised by Santanu Sen, we are insisting on indigenization and there are 101 items that will no longer be imported from abroad but will be manufactured in India only by Indians. The Indian Air Force currently has 11 Rafale fighter jets. An Indian Air Force official said that 3 Rafale fighter jets flew continuously from France to India on the night of 27 January.

With these 3 jets, eight Rafale aircraft have been added to the fleet so far. This was the third batch of Rafale planes. After flying from France’s Istrates Air Base, these aircraft had travelled to India, travelling more than seven thousand km and were refuelled on the way during the flight.