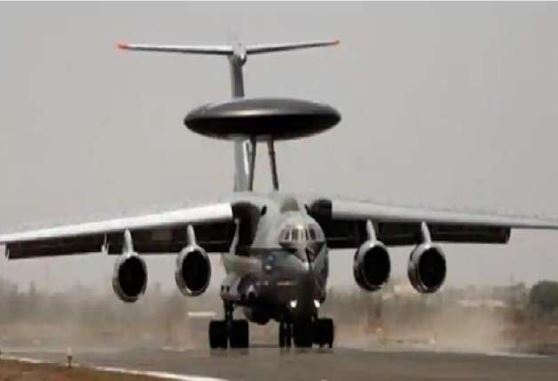 India has decided to build six new Airborne Early Warning and Control Planes to further strengthen the surveillance capability along the Line of Actual Control with China and the Line of Control with Pakistan. Six new Air India aircraft will be used for this.

The Defense Research and Development Organization (DRDO) will develop these aircraft and is expected to give a boost to the indigenous defence industry as well. Also, after getting six new surveillance aircraft, the monitoring capability of the Air Force will increase tremendously. According to government sources, the AEW&C Block-2 aircraft will be developed through DRDO under a project of Rs 10,500 crore. For this, six aircraft will be acquired from Air India and will be converted to fly with radar.

The construction of these aircraft will help the Armed Forces to develop 360-degree defence capability. The sources said the AEW&C Block-2 aircraft will be stronger than the eye surveillance aircraft and provide 360-degree coverage inside enemy territory. The acquisition of six aircraft from Air India for the development of new aircraft means that the plan to buy six Airbus 330 transport aircraft from a European company has been shelved.

The DRDO had earlier decided to develop six new Airborne Warning and Control Systems (AVOX) on Airbus 330 aircraft, for which facilities were being built in Bengaluru. Sources said that as per the plan six Air India aircraft would be sent to the European company and after improvement there, radars would be installed on these aircraft. The project is designed to promote ‘Make in India’ and self-reliant India campaign in the defence sector.

The Block-1 project is already running way too late from its deadline, although DRDO’s Airborne Studies Lab is engaged to complete it as soon as possible due to its extensive experience in developing such aircraft. The Indian Air Force has three Falcon Avox systems, developed and purchased from Israel and Russia. While the radar was purchased from Israel for the Block-1 system, it was fitted on Russia’s Ilyushin-76 transport aircraft.

The two eye planes, developed by DRDO, did excellent work during the recent stress and provided surveillance coverage deep into enemy range. Six new ‘Eye in the Sky’ aircraft will be deployed at different locations in the country so that the border surveillance along the neighbouring countries will work effectively.