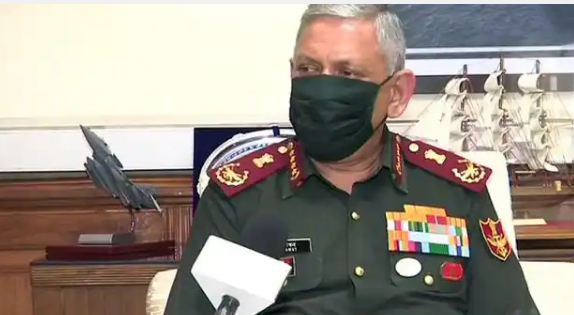 Talking to ANI, Rawat said that the preparation of Chinese soldiers is according to small wars and they do not have much experience of fighting on high and inaccessible mountains.

Rawat said, ‘There has been a lot of change in the deployment of the Chinese army on the border with India. This has happened especially after the conflict in and around the Galwan Valley in May and June last year. Since then he has realized that he needs to train and prepare better.

General Rawat said this in response to a question asked about the activities of the Chinese Army around the LAC. On June 15, 2020, the Chinese army also suffered major losses during a clash with Indian soldiers. The number of casualties of its soldiers was not disclosed by the Chinese side, but the Russian agency said the figure to be up to 50.

Regarding the Chinese army, Rawat said that most of them come from urban areas and their preparation is according to small wars. He does not have much experience of fighting and operating in such difficult terrains. Rawat said that India is keeping a close watch on the actions of China on the border and is capable of responding to any move.

Regarding the preparedness of the Indian Army, Rawat said that the Tibetan Autonomous Region is a very difficult area. It is completely mountainous area. This requires special training, which our soldiers have mastered.

The reason for this is that we are given a lot of war training in mountainous areas. We have been running operations in the mountains and our presence has been continuously maintained in such areas.