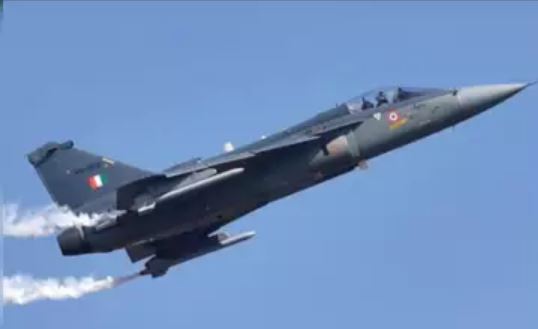 Today is the second day of the ongoing Aero India 2021 show in Bengaluru, Karnataka. This time the world is witnessing self-reliant India in the aero show. On the first day, the HAL-built Light Combat Helicopter and Aircraft demonstrated the power. Now today on the second day a conclave of the Indian Ocean region was held at the Aero Show. During this, Defense Minister Rajnath Singh addressed the conference.

During the conclave, Rajnath Singh said in the conference of Defense Ministers of the Indian Ocean Region that India region is ready to supply defense equipment to the countries. Rajnath said, ‘India is the largest country in the Indian Ocean region and India has a huge coastline of 7,500 km. India has to play an active role for the peaceful and prosperous co-existence of all the countries of the region.

Defense Minister said, “To promote trade and tourism in the Indian Ocean region, the Government of India has taken several policies and initiatives like Sagarmala, Project Mausam and Asia Africa Growth Corridor et cetera.” Rajnath said that the Indian Ocean Region Conclave should focus on security, commerce, connectivity, war on terrorism and cultural exchange among the participating countries.

The show that started yesterday will conclude on February 5. pic.twitter.com/ryWuqr8TiH

According to media reports, BJP MP from Bangalore Tejashwi Surya will be seen flying the Indian aircraft Tejas on the second day today. Explain that Tejas is a fourth-generation modern fighter aircraft. Earlier on Wednesday, Aero India started in Bengaluru with an air show showing the strength of Swadeshi. Defense Minister Rajnath Singh inaugurated the aero show. Tejas’ 83 Light Combat Aircraft (LCA) contract for the Indian Airforce was also awarded. This contract is about 48 thousand crore rupees.

It will have 73 aircraft Mk-1 fighter aircraft while 10 Mk-1 trainer aircraft. At the inauguration of the aero show, individual aircraft of HAL flew in a self-sufficient formation flight. Tejas also flew the US Air Force’s B-1B Log Range supersonic heavy bomber aircraft with Tejas at the air show. According to US Embassy, ​​for the first time, US bomber aircraft have landed in India. It took 26 hours to reach India.

Conclave of Indian Ocean region is also to be held in Aero India on Thursday. Referring to which Rajnath Singh said that India has a very wide coastline, but our interests extend beyond our coastal edges. This includes our people who live and work in different continents, especially in the Indian Ocean region. He said that it is our duty to help them in times of natural calamities and during the challenges related to security and to be fully competent for this.