A first, a Woman Pilot Inducted to MiG-29 Squadron | Best Defence Coaching Skip to the content 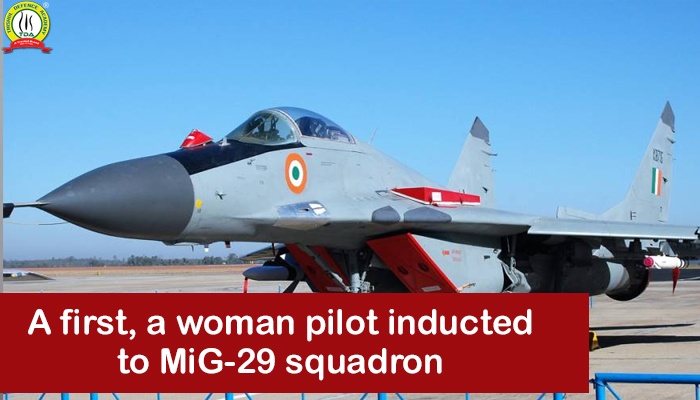 NEW DELHI: In a first, IAF turned a new leaf by giving nod to induction of one of its women fighter pilot to a MiG-29 squadron. This is a giant step towards the promotion of gender equality in armed forces combat wings. Surprisingly, the IAF’s women pilots are already operating the MiG-21 Bison, Sukhoi-30, and Rafale. It is worth mentioning that induction of women as fighter pilots started five years ago, and regarded as a turning point in the armed forces.

A senior official of IAF claimed that pilots are assigned duty in the fighter squadron in accordance to the laid-down norms. “Gender has no role in it. IAF assigned Flight Lieutenant Shivangi Singh to its first Rafale squadron based in Ambala. Ten women have been commissioned as fighter pilots after the experimental scheme for their induction into the IAF’s combat stream was introduced in 2015, a watershed in the air force’s history. Most of them started off with the MiG-21. The government told Parliament last month that there are 9,118 women currently serving the armed forces, with the services giving them more opportunities to boost career progression.