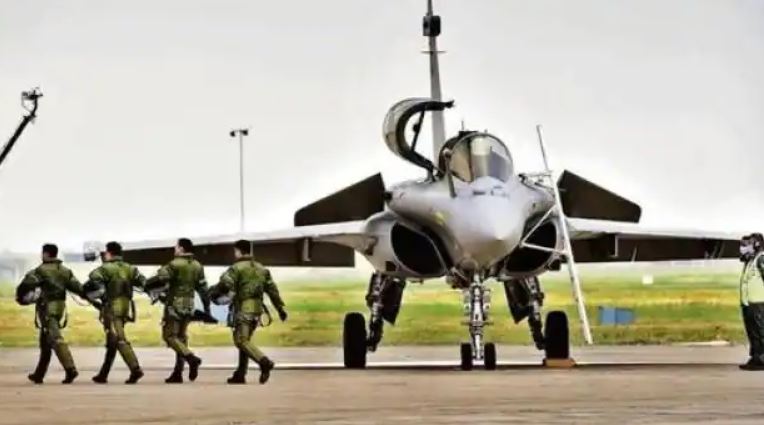 Another batch of Rafale fighter aircraft is scheduled to reach India from France on May 19-20. The four aircraft are scheduled to reach Ambala from the Merignac-Bordeaux airbase. With this, the Indian Air Force (IAF) is set to revive the 101 “Falcons of Chamb” squadron at Hashimara in West Bengal. Let us tell you that the exact date of Rafale’s landing in India will be determined by the UAE Air Force by looking at the availability of air refueling and weather conditions.

There is a strong possibility that France will hand over all 36 Rafale fighter aircraft to India before April 2022. It was also announced in the Parliament by Defense Minister Rajnath Singh. He said that by the end of May, the Indian Air Force would have 24 Rafale fighter jets. The other seven will be stationed in France for training purposes and only five more will be assigned before the completion of the two squadrons. The last five aircraft may be delivered to India in the second half of 2021 as Egypt has also ordered 30 Rafale fighter jets.

The home base of the second squadron will be Hashimara. Apart from its runway, ammunition depot, blast pens and personnel accommodation are being prepared with the materials required for maintenance. An air marshal said, “Hashimara Airport has been completely redesigned. It should be operational by the end of this month. Planes will be parked here. In times of war, fighter jets will operate from anywhere in the country according to the combat plan.

India is meeting the stalled requirement of its 126 Medium Multi-Role Combat Aircraft (MMRCA). For this, more front-line fighters are moving towards the purchase. Let us tell you that France has not only offered hot engine technology to India, but is also ready to jointly develop an extended range of air-to-ground missile under the self-sufficient India campaign. French engine manufacturer Safran has already offered to jointly develop aircraft engines up to 100 kg Newton thrust as well as share hot engine technology.

France has offered to jointly and jointly develop technology for the long-range and heavy highly agile and maneuver Munition Extended Range (Hammer) missile that is currently part of the weapons package on the Indian Rafale. With a range of more than 70 kilometers, the Hammer weapon can be directed at targets using GPS, inertial navigation, and an infra-red Seeker.