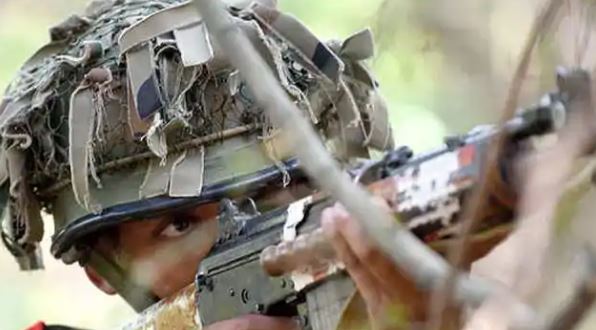 Soon more new weapons, equipment and other equipment will be provided to the Indian Army to deal with the continuing challenges faced by China and Pakistan along the border and to smash any nefarious designs against the country. For this, the Ministry of Defense approved a proposal to purchase equipment and equipment worth Rs 28,000 crore from domestic industries.

The Defense Ministry said on Thursday, “The Defense Acquisition Council has approved a total of 28 thousand crore rupees of defense deals to meet all other needs of the Indian Army, Navy and Air Force including arms and equipment.” Officials said the proposals approved by the Ministry of Defense include an early warning system detecting the presence of aircraft for the Air Force, offshore patrol vessels for the Navy.

“The Defense Procurement Council (DAC), led by Defense Minister Rajnath Singh, has approved procurement proposals worth Rs 27,000 crore from domestic industry,” the defence ministry said in a statement. DAC, the apex unit, approved a total of seven proposals for purchase.

The ministry said, “Out of the seven proposals of Rs 28,000 crore, six proposals are worth Rs 27,000 crore. Under this, AON (acceptance clearance) will be given to the Indian industry to promote ‘Make in India’ and ‘Self-reliant India’ campaign. “Early warning system for Air Force prepared by DRDO in purchase proposals (regarding the presence of aeroplanes), Includes next-generation patrol vessels for the Navy and modular brigades for the Army.

This defence procurement has been approved at a time when there has been a long-standing stalemate between India and China over the Line of Actual Control (LAC) near Ladakh. Even after several rounds of military and diplomatic talks, tension has not subsided yet. The situation is such that a large number of Indian and Chinese troops are on both sides of the border. On the Line of Control (LoC), ceasefire violations are also continuing from Pakistan. Not only this, infiltration of terrorists also happens from time to time from across the border. However, our soldiers posted on the border do not let their intentions succeed.