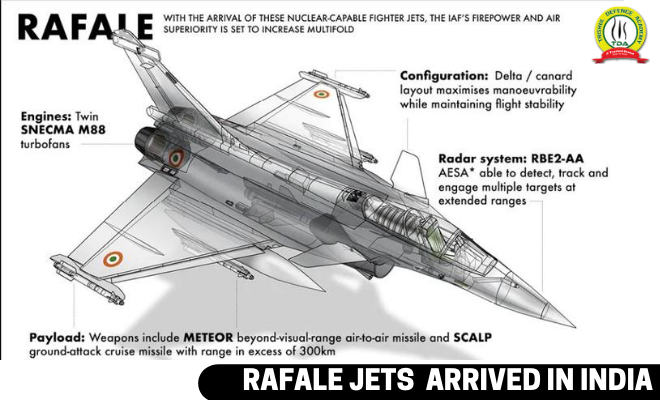 Defence Minister Rajnath Singh has informed that the first batch of Rafale jets have arrived in Ambala airforce station. He tweeted” The Birds have entered the Indian airspace.Happy Landing in Ambala!” The official tweet from the Defence Minister’s Office wrote .”The five Rafales escorted by 02 SU30 MKIs as they enter the Indian air space”

Defence Minister Rajnath Singh further wrote “The touchdown of Rafale combat aircrafts in India marks the beginning of a new era in our Military History. These multirole aircrafts will revolutionise the capabilities of the IAF”.

The Rafale will resurrect the Number 17 Golden Arrows squadron of the Indian Air Force. It will take the IAF’s squadron strength to 31. When all the 36 Rafale jets are delivered by 2022, it will take it to 32 squadrons. 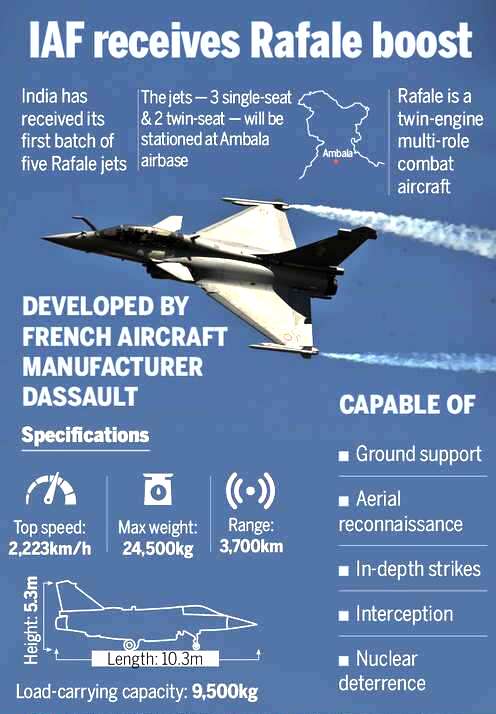 Rafale is a French-designed twin-engine, delta wing, multirole fighter aircraft. Rafale is categorised as a 4.5 generation aircraft for its radar-evading stealth profile, will be a master one for the Indian Air Force (IAF) since most of the aircraft in its inventory – including the Mirage 2000 and the Su-30 MkI – are classified as either third- or fourth-generation fighters.

With its multi-role capabilities, including electronic warfare, air defence, ground support and in-depth strikes, the Rafale lends air superiority to the Indian Air Force. Rafale jet can reach almost double the speed of sound, with a top speed of 1.8 Mach. 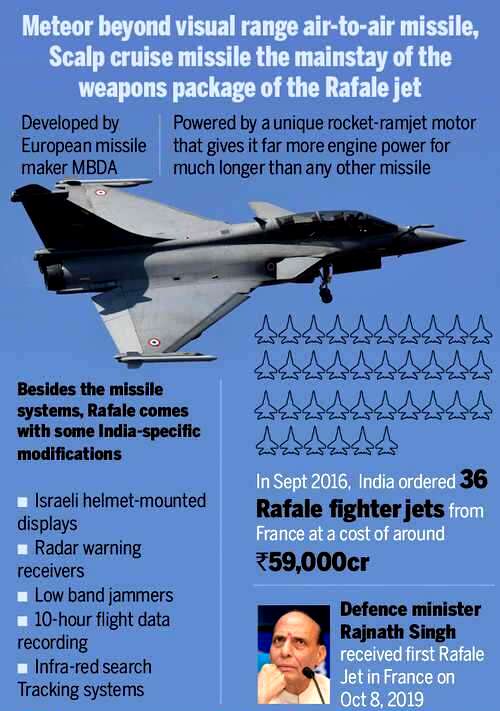 For any query write us on comment section below. You can also contact Trishul Defence Academy at the number provided below to get free counselling at home . 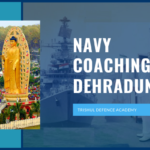 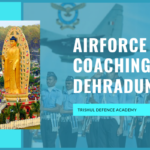