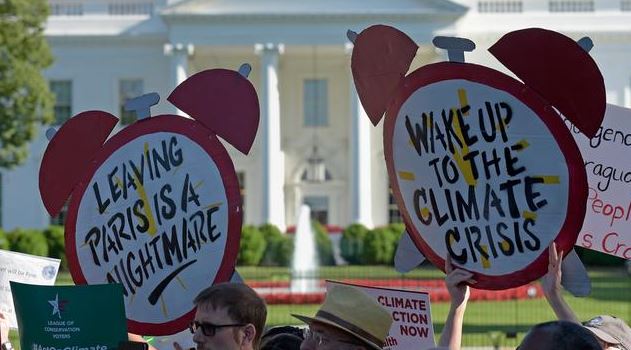 United Nations chief Antonio Guterres said that the absence of a key member for four years undermined this historic agreement. He said that today is a day of hope, as the United States has officially joined the Paris Agreement.

It is an agreement under the United Nations Framework Convention on Climate Change (UNFCCC). The agreement was signed in the year 2016 and is related to climate change mitigation, adaptation and finance. The Paris Agreement is an important environmental agreement that was adopted by almost every country in the world in 2015 to deal with climate change and its negative effects.

The main objective of this agreement is to reduce global greenhouse gas emissions to a great extent, so that the global temperature rise in this century can be kept at 2 degree Celsius below pre-industrial level. The agreement provides a way for developed nations to assist developing nations in their efforts to combat climate.

As soon as the 46th US President Joe Biden took office, he signed 15 executive orders overturning Donald Trump’s decisions. One of these was to rejoin the Paris Agreement.

Former President Donald Trump formally separated the US from the Paris Climate Agreement in November last year. He announced this decision three years ago. Trump described the agreement as unprofitable for the US and benefiting countries like China, Russia and India.