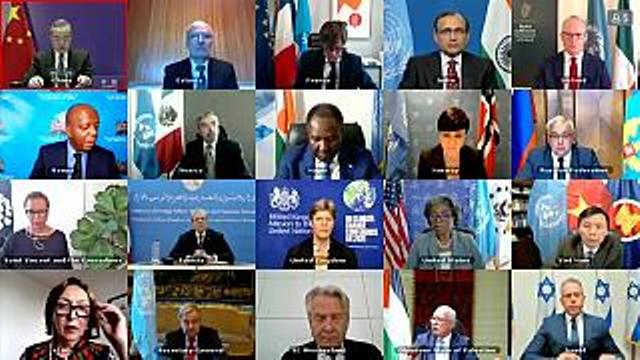 Israel-Palestine Conflict 2021 : The United Nations Security Council (UNSC) held a meeting on 16 May 2021 on the situation in Israel-Palestine. The meeting was chaired by Chinese State Counselor and Foreign Minister Wang Yi.

UN Secretary-General Antonio Guterres was the first of about two dozen speakers on the agenda of this meeting. He described the enmity between the two sides as ‘very frightening’ and said that this fight should stop immediately. This was the first public meeting of the UNSC on the Israeli-Palestine conflict.

This enmity between Israelis and Palestinians has increased to such a high level that it was not seen since the 2014 war.

The United Nations was forced to increase its diplomatic engagement and the UNSC held a meeting to discuss the conflict publicly for the first time and with it the conflict reached its seventh day.

Dozens of people, including many women and children, have been killed by Israeli and Hamas air strikes in Gaza. Many buildings have been turned into rubble in these airstrikes and the search for workers to search for the survivors is still going on.

Although the envoys of all 15 UNSC member countries have urged immediate de-escalation / ceasefire, there is no indication of what further steps the UN Council will take to resolve the situation.

What caused the Israeli-Palestinian crisis?

There were two main reasons for this conflict:

The protest began after Sheikh Jarrah’s efforts to evict several Palestinians from their homes in East Jerusalem. The eviction was stayed by the Supreme Court of Israel.

Restrictions were also imposed on Palestinians during the Islamic holy month of Ramadan. Palestinians were also attacking Israeli Police which in turn took the reactionary action. This has led to the ongoing military conflict between the two rival nations who have waged wars against each other in the past too.