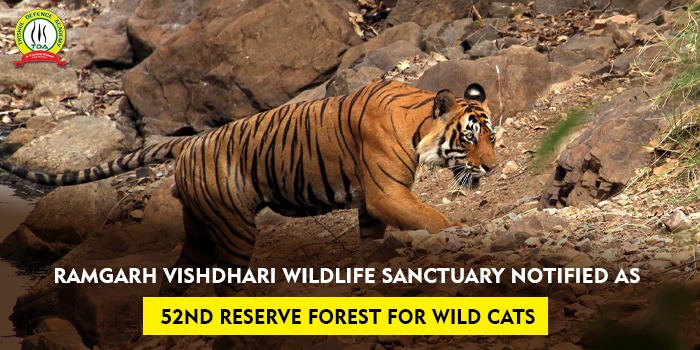 The striped big cats on Monday got a new home in Rajasthan’s Ramgarh Vishdhari Sanctuary which was notified as India’s 52nd tiger reserve. This is Rajasthan’s fourth tiger reserve after Ranthambore, Sariska and Mukundra.

“Pleased to note Ramgarh Vishdhari Tiger Reserve has been notified today. The 52nd Reserve of India will conserve biodiversity and bring in ecotourism and development to the area. Under the leadership of PM Narendra Modiji, we are committed to preserving our wildlife,” Union Environment Minister Bhupender Yadav tweeted.

The National Tiger Conservation Authority (NTCA) had given in-principle approval to make Ramgarh  Vishdhari Wildlife Sanctuary and adjoining areas as tiger reserves on July 5 last year. The total area of 1,017 sqkm has been identified as the reserve area comprising two forest blocks of Bhilwara, territorial forest block of Bundi and Indargarh, which fall under the buffer zone of Ranthambore Tiger Reserve (RTR).

The floristic diversity of this new tiger reserve makes it an important area for research and education. Historic and cultural sites like Bhimlat, Ramgarh palace would encourage eco tourism and provide employment opportunities to local communities, he said.

In 2013, the Rajasthan government had upgraded Mukundra hills sanctuary as the third tiger reserve. According to reports, environmentalist and lawyer, Tapeshwar Singh Bhati said, “The movement of big cats from Ranthambore is frequent in the reserve. The move will strengthen tiger conservation. Three tigers were recorded in the 1997 census in the sanctuary.

However, the tigers were believed to have disappeared from the sanctuary in 1999. According to the “Status of Tigers in India” report released in 2019, there are 2,967 tigers in 20 states across the country. 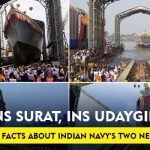 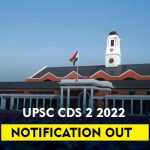