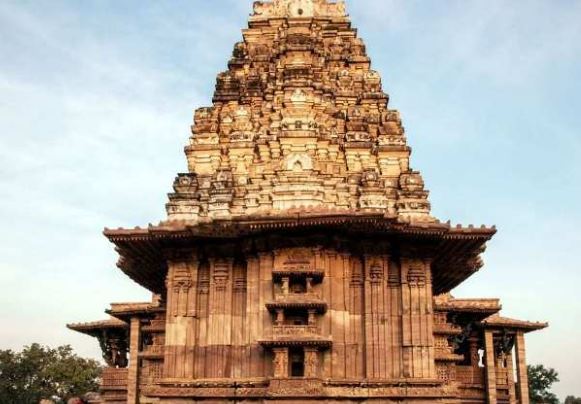 The famous Ramappa Temple located in Palampet, Telangana has been included in the list of UNESCO World Heritage Sites. On this occasion, Prime Minister Narendra Modi congratulated the people of the state and urged the countrymen to visit there for a personal experience.

Sharing the tweet made by UNESCO, PM Modi wrote, “Great! Many congratulations to all, especially the people of Telangana. The iconic Ramappa temple reflects the exquisite craftsmanship of the great Kakatiya dynasty. I would urge all of you to definitely visit this grand temple complex and experience its grandeur yourself.

Telangana Chief Minister K. Chandrashekhar Rao appreciated UNESCO’s decision to recognize the historic Ramappa Temple as a World Heritage Site. Rao thanked the member states of UNESCO, the central government for its support. Telangana Tourism Minister V Srinivasa Goud said on Twitter that it is a pleasure to announce that the 800 year old Ramappa temple of Kakatiya era has been inscribed as a UNESCO World Heritage Site.

Navy will soon get another weapon to keep China under control, INS Vikrant’s basin trial successful

The biggest thing is that most of the temples built during that period have turned into ruins, but even after many disasters, this temple has not suffered any significant damage. This temple is made up of thousand pillars. This is a testimony to the richness of the ancient culture of Telangana.

This temple dedicated to Lord Shiva mainly worships Ramalingeshwara Swamy. It was built in the 13th century. The temple was named after the craftsman Ramappa, who built it after 40 years of tireless effort. Built on a six feet high star-like platform, this temple is a wonderful specimen of architectural craft.

The idols of Shiva, Shri Hari and Sun God are installed in this temple. It is a unique specimen of ancient architectural craft built on thousand pillars. Its huge entrance is quite attractive. The enchanting carvings made on the temple simply grab the attention of the people.