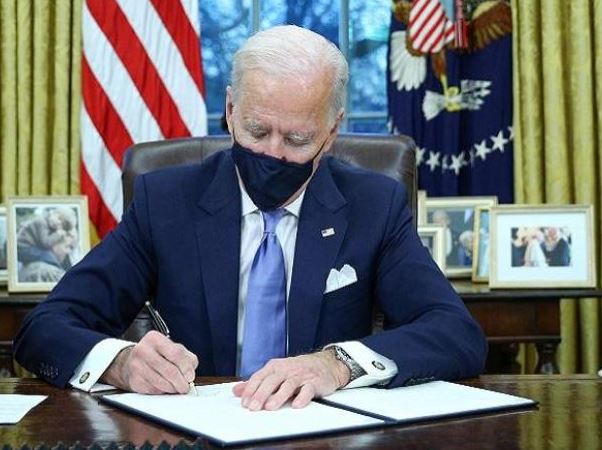 US President Joe Biden rescinded an emergency order issued by former President Donald Trump on February 11, 2021 for the construction of the US-Mexico border wall.

Biden stated in a letter to House Speaker Nancy Pelosi that, “I have determined that the declaration of a national emergency on our southern border was inappropriate.”

President Biden has announced that, it will be the policy of his administration that no American taxpayer’s money be taken to build this boundary wall.

President Biden will direct a careful review of all resources that are appropriated or redirected to that task.

At the beginning of the year 2020, Customs and Border Protection had reported that, it had financed USD 11 billion for the wall.

On February 15, 2019, Trump signed an executive order declaring a national emergency to build a border wall on the US-Mexico after repeated confrontations with lawmakers over funding for the project.

His administration had to go to court because of the proclamation of this emergency, as environmental groups and the American Civil Liberties Union (ACLU) challenged the US $ 2.5 billion in the Department of Defense spending, which was raised on the US-Mexico border wall. Was provided for construction.

This letter written by environmental groups was welcomed by all members of Congress who had long opposed the construction of this wall, arguing that a physical barrier to address immigration/immigration or security concerns Would prove to be much less useful.