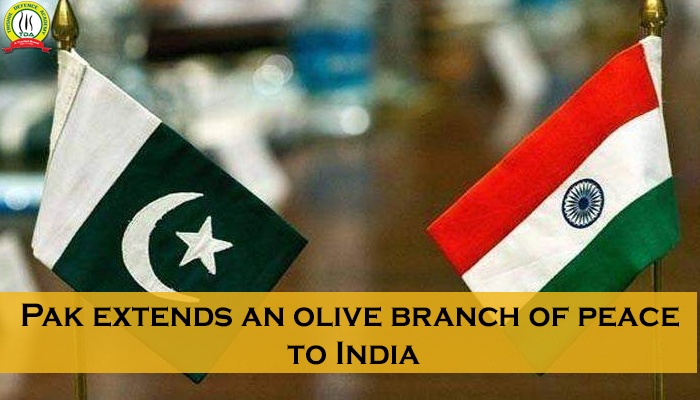 MUMBAI: Pakistan’s recent overtures to New Delhi for burying the past and moving forward sounds strange but it’s true. Pakistan is desperate to extend an olive branch of peace to India.  The move is followed by a sudden ceasefire declaration by the militaries of the two countries.

India too has reciprocated in a similar manner and expressed hope for an environment free of terror, hostility, and violence. India has said the onus is on Pakistan to create an environment free of terror and hostility. India has also told Pakistan that “talks and terror” cannot go together and has asked Islamabad to take demonstrable steps against terror groups responsible for launching various attacks on India. However, Pakistan’s Army Chief of Staff General Qamar Javed Bajwa’s call for movement towards cooperation. The unexpected move by Pakistan is to evade action under the Financial Action Task Force’s (FATF) grey list. Pakistan’s economy is in the doldrums and the move to buy peace is intended to attract foreign aid and exiting sanctions.

Ties between India and Pakistan nose-dived after a terror attack on the Pathankot Air Force base in 2016 by terror groups based in the neighbouring country. Subsequent attacks, including one on the Indian Army camp in Uri, further deteriorated the relationship.

The ties dipped further after India’s warplanes pounded a Jaish-e-Mohammed terrorist training camp deep inside Pakistan on February 26, 2019, in response to the Pulwama terror attack in which 40 CRPF jawans were killed.