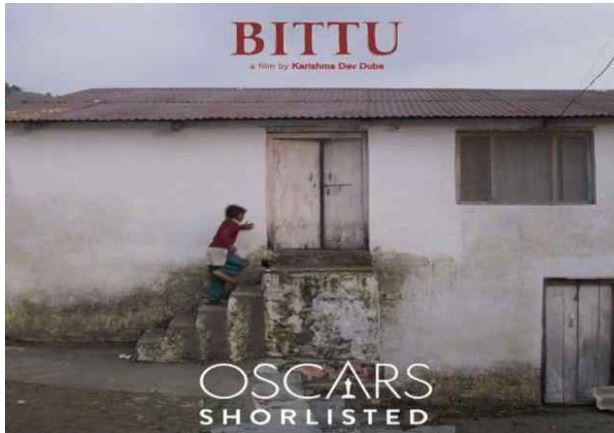 India’s official entry ‘Jallikattu’ is out of the race for an international feature film for Oscars (2021) but the country is still competing in the short film category with its short film ‘Bittu’. For Oscar Award 2021, there is a tough competition between films around the world.

The film Bittu has been shortlisted in the live-action short film category. The film has got a place in the top 10. At the same time, India’s official film Jallikattu in the feature film Foreign Language category has got disappointment. The Malayalam film ‘Jallikattu’ directed by Lijo Jose Pellissery has not found a place in the final list of 15 films to compete.

Among the 10 films in the final list for the short film category, apart from Bittu, ‘Dae Yei’, ‘Filling Through’, ‘The Human Voice’, ‘The Kickslade Choir’, ‘The Letter Room’, ‘The Present’, ‘Two Distant’ Strangers’, ‘The Van’ and ‘White Eye’.

Bittu’s story is based on a true incident. It shows the friendship between two girls. The final nomination for the Academy Award will be announced on 15 March. With ‘Jallikattu’ out of the race, once again the path has been closed for India in this category.