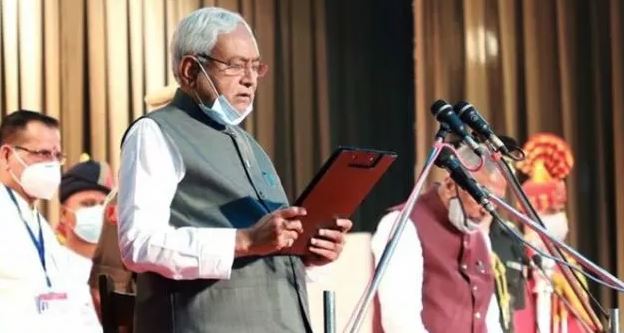 Nitish Kumar has sworn in as the Chief Minister of Bihar for the seventh time on 16 November 2020. A new government has been formed under the leadership of Nitish Kumar. Governor Fagu Chauhan administered the oath of office and secrecy to 15 ministers, including Nitish Kumar, at the swearing-in ceremony held at Raj Bhavan.

During this time, many leaders including BJP Chief JP Nadda, Amit Shah were present. Along with Nitish Kumar, two BJP leaders took the oath of deputy CM. In this, Tarkishore Prasad Singh and Renu Devi took oath as Deputy Chief Ministers. At the swearing-in ceremony, 7 from BJP quota, 5 from JDU quota, one from Ham and one from VIP were sworn in as ministers.

Nitish Kumar is moving towards leaving behind the record of the longest-serving Srikrishna Singh on the post of Chief Minister of the state. He served in this post from pre-independence till his death in 1961. Nitish Kumar was first sworn in as the Chief Minister of the state in the year 2000 but his government ran for a week due to lack of majority. 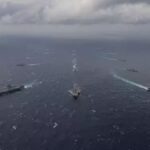 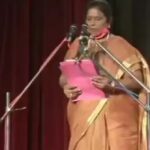