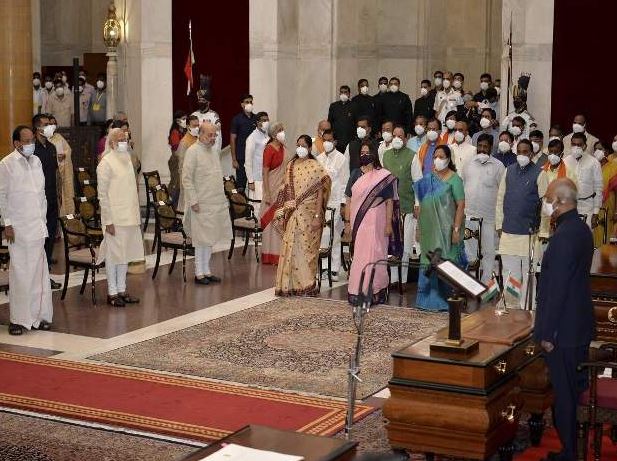 In the cabinet expansion, 7 ministers were promoted while 36 new faces were included in the cabinet. At the same time, many leaders including Dr. Harsh Vardhan, Prakash Javadekar and Ravi Shankar Prasad had resigned from the ministerial post before the swearing-in ceremony. Let us tell you that after the completion of two years of the second term of the Modi government, for the first time there has been a change in the cabinet.

Ashwini Vaishnav – Ministry of Communications with Railways, IT