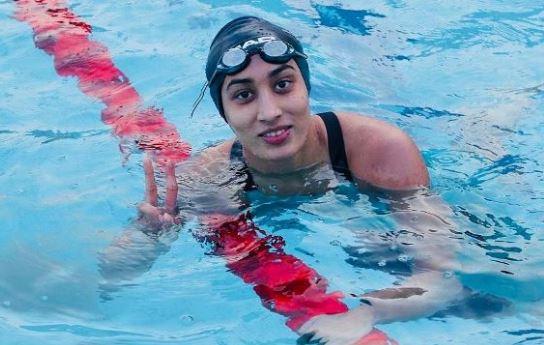 Mana will participate in the 100m backstroke at the Tokyo Games. She is the third Indian swimmer to qualify for these games. Srihari Natraj and Sajan Prakash had recently qualified by securing ‘A’ level in the Olympic qualification timings.

Mana Patel said that I took one minute 03 seconds in Belgrade. My goal is to get 1 minute 02 seconds or less in Tokyo. I just want to gain experience in the Olympics. I will have a good chance of winning a medal in Commonwealth and Asian Games.

Her first competition this year was the Uzbekistan Open Swimming Championships in April, in which she won the gold medal in the 100m backstroke with a timing of 1:04.47s.

She recently participated in competitions in Serbia and Italy to prepare for the Tokyo Olympics. She also set a national record in the 100m backstroke in Belgrade.

Mana Patel started swimming at the age of seven. When she was 13 years old, Patel completed the 200m backstroke in 2:23.41s at the 40th Junior National Aquatics Championships in Hyderabad.

In the 60th National School Games in 2015, she won a gold medal in the 100m backstroke and broke the national record in the backstroke.