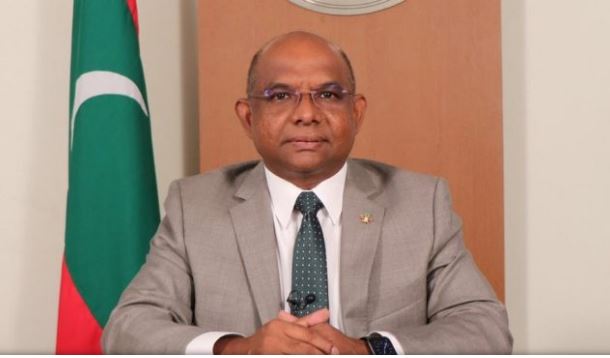 Along with Shahid, former Foreign Minister of Afghanistan, Dr. Zalmay Rasool was also a candidate in the election Maldives got a total of 143 votes, while Afghanistan got 48 votes. External Affairs Minister of India S Jaishankar has given his best wishes by tweeting. He tweeted, “Congratulations to the Maldivian Foreign Minister Abdulla Shahid on becoming the President of the 76th session of the United Nations General Assembly.

Shahid will preside over the 76th General Assembly. His term will be 2021-22. This is also a proud moment for Maldives because this small country has got such a big position on the world stage for the first time.

This is an annual basis designation, which is transferred between different regional groups. In the 76th session (2021–22) it is the turn of the Asia-Pacific group. This is the first time that the Maldives will occupy the office of the United Nations General Assembly. Elections for the presidency of the General Assembly are held annually by secret ballot and a simple majority is required for victory.

The Maldives had announced Shahid’s candidature in December 2018. No other candidate was in the fray at that time. India had already announced its support to him. Shahid is uniquely qualified to hold the position of the United Nations General Assembly with vast diplomatic experience and strong credentials, especially in multilateral fora.

Maldives and Afghanistan both enjoy good relations with India and both the candidates are friends of India. However, since India had promised its support to Maldives at a time when no other candidate was in the fray. India voted in favor of Maldives.