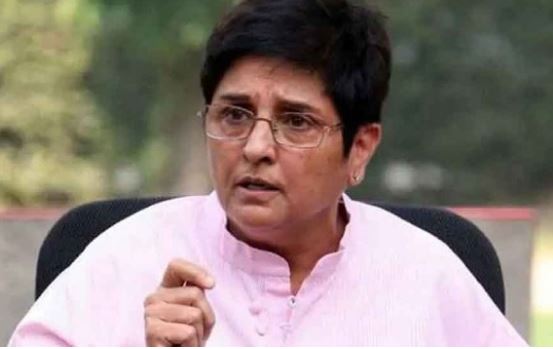 Kiran Bedi has been removed from the post of Lt. Governor of Puducherry on 16 February 2021. In her place, Telangana Governor Tamilasai Sundararajan has been given additional charge. Kiran Bedi was appointed Lieutenant Governor on 29 May 2016. The President’s order in this regard will be applicable from the time he takes charge.

Kiran Bedi has been removed from the post of Lt. Governor of Puducherry. This information is given in a statement issued from Rashtrapati Bhavan. It may be known that there was a long-running dispute between Puducherry Chief Minister V Narayanasamy and Kiran Bedi over administrative hurdles. The President’s order has come amidst a political crisis where the ruling Congress government came to a minority after another MLA left the party.

After the resignation of four Congress MLAs, the strength of the Congress has dropped to 10 in the 33-member assembly, including the Speaker. Its ally DMK has three members while the government also has the support of an independent MLA. The opposition has 14 MLAs.