Indian writer Geetanjali Shree and American translator Daisy Rockwell won the International Booker Prize for “Tomb of Sand,”. Originally written in Hindi, it’s the first book in any Indian language to win the high-profile award, which recognizes fiction from around the world that has been translated into English. The 50,000-pound ($63,000) prize money will be split between New Delhi-based Shree and Rockwell, who lives in Vermont.

“Tomb of Sand” is published in Britain by a small publisher Tilted Axis Press. It was founded by translator Deborah Smith, who won the 2016 International Booker for translating Han Kang’s “The Vegetarian” to publish books from Asia. 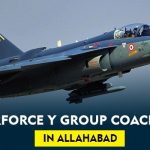