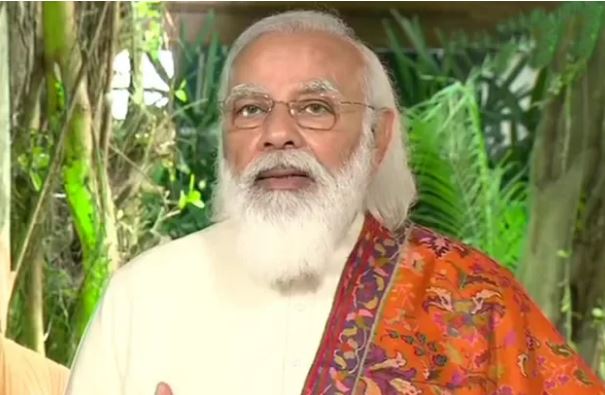 India-Japan Dialogue Conference 2020: Prime Minister Narendra Modi addressed the sixth India-Japan Dialogue Conference on 21 December 2020 through video conferencing. He said during this time that discussion on global development cannot be done only among select countries and its scope should be big and the issues should be wide. He also strongly advocated adopting a humanitarian approach in the form of development.

The Prime Minister also proposed the creation of a library for traditional Buddhist literature and scriptures. PM Modi said that in the past, from imperialism to world wars, from the arms race to the space race, humanity has often taken the path of confrontation. Talks were held, but its purpose was to pull others back. But now is the time to move forward together.

The Prime Minister said that we should put humanism at the core of our policies. We should create a harmonious co-existence with nature as the central pillar of our existence.

He said that in the past, humanity often took the path of confrontation rather than cooperation. From imperialism to world war. From the arms race to the space race. We had dialogues but they were intended to pull others down. Now, let’s get up together.

"I would like thank the government of Japan for the constant support to India-Japan Samvad," he says. pic.twitter.com/RjP4Qenf4t

He said that our work today will shape the discourse in times to come. This decade will be for societies that together have a premium for learning and innovation. It will be about nurturing bright young minds that will add values ​​to humanity in the times to come.

The Prime Minister said that the library will not only be a repository of literature. It will also be a platform for research and dialogue – a true dialogue between humans, between societies and between humans and nature.

He said that the library will collect digital copies of all such Buddhist literature from different countries. The aim will be to translate them and make them freely available to all the monks and scholars of Buddhism.

The Prime Minister said that in this visit, dialogue has been true to its basic objectives which include: encouraging dialogue and debate. To highlight our shared values. To carry forward our ancient tradition of spiritual and scholarly exchange.