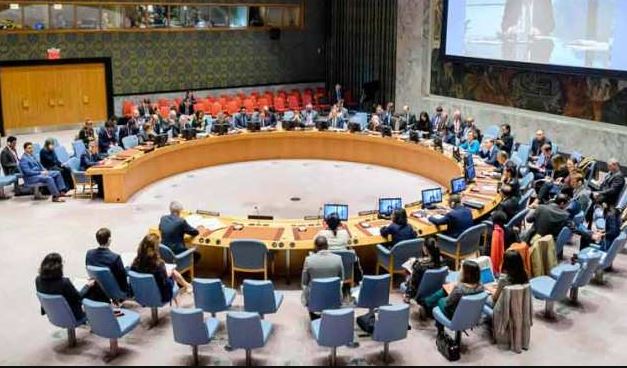 India’s two-year term as a provisional member of the United Nations Security Council (UNSC) began on 04 January 2021. The national flag of India tricolour was placed in the United Nations Security Council. Along with the flag of India, the national flag of four other new temporary members were also installed during the special ceremony on the first official working day.

India’s permanent representative in the United Nations, T.S. Tirumurthy placed the tricolor at the UNSC and made a brief speech at the ceremony. He said in his address that India has taken the membership of the Security Council for the eighth time today. It is an honor for me to participate in the flag-raising ceremony as a permanent representative of India.

After placing the tricolour in the Security Council, India’s Ambassador to the United Nations TS Trimurti said that India will be the voice of developing countries. Will use his term to bring about inclusive solutions to human-centric and global peace matters.

Along with India, the flag of Norway, Kenya, Ireland and Mexico were also installed as temporary members in the special ceremony. India will be the chairman of the council in August 2021 and will preside for another month in 2022. Every member country gets chairmanship for one month according to the name of the English alphabet.