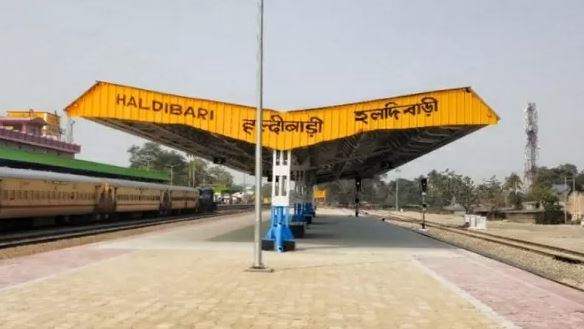 Prime Minister Narendra Modi and Bangladesh PM Sheikh Hasina attended the India-Bangladesh Virtual Summit on 17 December 2020. The two jointly inaugurated the Chillhati-Haldibari rail link. With this, 5 of the 6 rail links closed since 1965 will be resumed.

Bangladesh is celebrating the 50th anniversary of victory in the 1971 war. This is why this virtual summit was organized. Prime Minister Modi said that the Prime Minister of Bangladesh has shown great courage in the fight against Corona.

Through West Bengal 7.5 km railway line, connectivity of Bangladesh West Bengal to Assam will be easy. The running of this train will also strengthen the business relations between the two countries. Apart from this, tourism will also get strength.

With the commissioning of Haldibari-Chilahati road, the connectivity of Bangladesh with Assam and West Bengal will be encouraged. This will increase the railway network and strengthen bilateral trade and economic development. For the time being due to the commencement of this rail connection, there will be convenience in freight transportation. Soon after the arrangement of infrastructure, there will be movement of passengers from both sides.