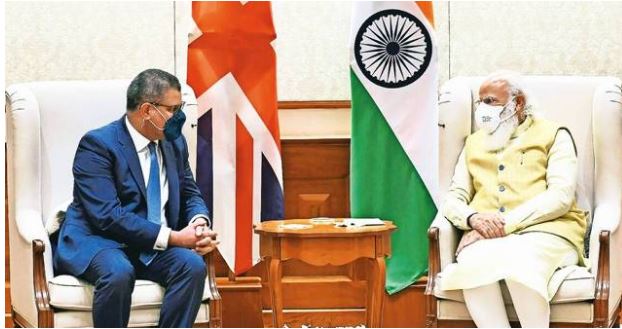 Nominated for the post of Prime Minister Modi and the President of the 26th United Nations Climate Change Conference – COP26 to be held on February 16, 2021, Alok Sharma has reiterated his commitment to climate action on behalf of his countries ahead of the COP26 summit.

According to an official UK government statement, during this meeting, Alok Sharma applauded Prime Minister Modi for his ambition to significantly promote renewable energy, which was set by the UK at the Climate Ambitions Summit in December 2020.

The Chairman-Nominee of COP26, Alok Sharma, reiterated the UK’s net-zero commitment during its meeting and noted that, as the host of COP26, the UK government has clearly articulated an ambitious new NDC – nationally A message has been sent to the world to establish the prescribed contribution.

Both Sharma and Prime Minister Modi agreed that every effort should be made to ensure that the most vulnerable countries are able to adapt to the effects of climate change, and to do so, all governments must change their climate Finance commitments have to be fulfilled.

During this meeting, Prime Minister Modi also expressed his best wishes to the UK for the successful organization of the climate summit COP26.