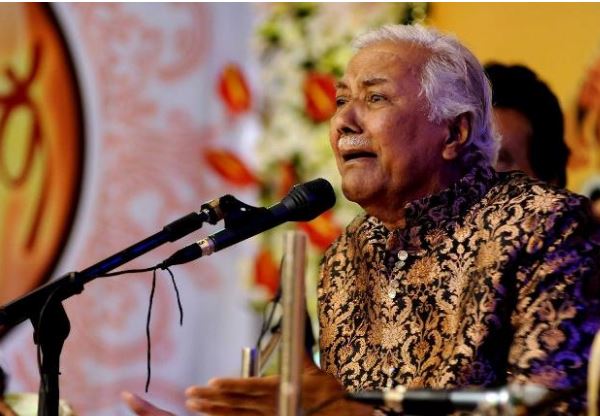 Prime Minister Narendra Modi and the music world mourned his death. The Prime Minister expressed grief over Khan’s death and said that the cultural world had suffered a great loss due to his death. About 15 years ago, he succumbed to brain stroke and was paralyzed. Since then, he was running ill, was not in a condition to move and was being treated at home.

The passing away of Ustad Ghulam Mustafa Khan Sahab leaves our cultural world poorer. He was a doyen of music, a stalwart of creativity whose works endeared him to people across generations. I have fond memories of interacting with him. Condolences to his family and admirers. pic.twitter.com/jZy7eVhW68

Ustad Ghulam Mustafa Khan, an Indian classical musician and Padma Vibhushan, was cremated in Mumbai with full state honors. Many veterans of the music world, including the police, participated in his last journey. Ustad was the eldest of his four brothers and three sisters.

Ustad was born on 03 March 1931 in Bandayu, Uttar Pradesh. He was also called as ‘Junior Tansen’ in the field of music. He was the guru of legendary veteran singer Sonu Nigam.

Ghulam Mustafa Khan, who has established a worldwide identity in the field of Hindustani classical singing, also introduced his unique style of singing in films like ‘Umrao Jaan’, ‘Arrival’, ‘Basti’, ‘Shriman Aashiq’.

Ustad Ghulam Mustafa Khan has left behind him four sons, four daughters and a wife. He received music training from his father, Ustad Waris Hussain Khan.