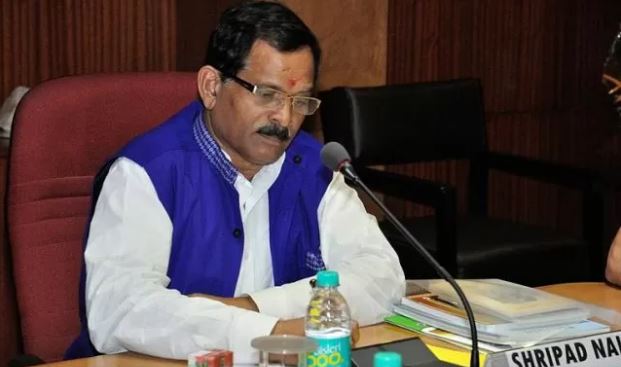 This review meeting was done through video conference. More than 2000 stakeholders from the AYUSH sector along with about 50 industries and business leaders participated in it.

The Government of India has decided that the entire AYUSH sector will work together to achieve price and quality competitiveness to promote exports.

The AYUSH Secretary started the discussion giving information about various initiatives taken by the Ministry of AYUSH to promote the industry with emerging opportunities to reduce the Kovid-19 epidemic and to promote the sector.

Subsequently, AYUSH Minister Shripad Naik highlighted the growing global interest in AYUSH solutions for disease, resistance and treatment, and said that now serving more people who rely on the use of these systems to maintain their health To meet the ever-increasing demand for AYUSH products in India and abroad, there is a need to increase trade and commerce in AYUSH sector quickly.

He elaborated on the steps taken by the Ministry of AYUSH during the Kovid-19 epidemic, that the Ayush Immunity Protocol and National Clinical Management Protocol timely prevention measures in Ayurveda and Yoga for resistance to Kovid-19 Which brought relief to large sections of the population.

The AYUSH Minister further said that the Ministry of Commerce will continue to support the AYUSH sector on all matters of trade promotion and whenever necessary, special meetings will be arranged with the officials of this Ministry.

He further assured that the AYUSH sector will function properly in Brand India activities and at present, the need for the government and AYUSH industry to work together for AYUSH product branding and promotion is being emphasized.