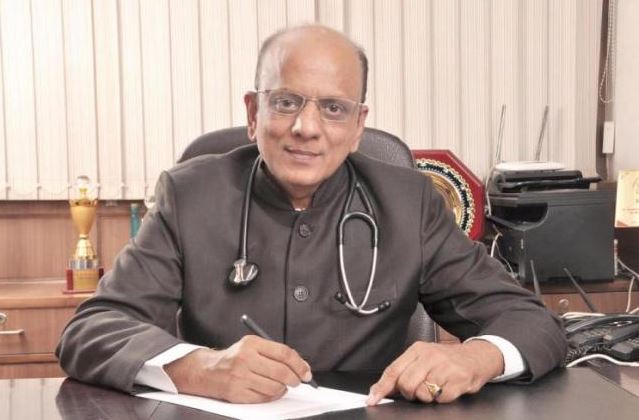 Dr. KK Aggarwal, former President of the Indian Medical Association (IMA) and conferred with the Padma Shri Award, died due to corona infection. He breathed his last at AIIMS Hospital in Delhi. After a long battle with Corona, he finally lost the battle of life. Dr. Agarwal was 62 years old, who was admitted for the last several days.

This information was given in a statement on Aggarwal’s official Twitter account. KK Aggarwal, former National President of the Indian Medical Association (IMA), was admitted to AIIMS last week and was on ventilator. According to the statement, after fighting a long battle with Kovid-19, he breathed his last at 11:30 pm on Monday (May 17).

His death is a great loss for the medical world. KK Aggarwal was awarded the Padma Shri in the year 2010. KK Aggarwal had informed on his Twitter account on 28 April 2021 that he is corona infected. Information about the death of Dr. KK Aggarwal, known for his medical care across the country, was shared with his Twitter handle.

Padma Shri honored and senior cardiologist Dr. KK Aggarwal had also shared a video recently. He has given information in this that which people do not bother the corona infection and who are at greatest risk of it.