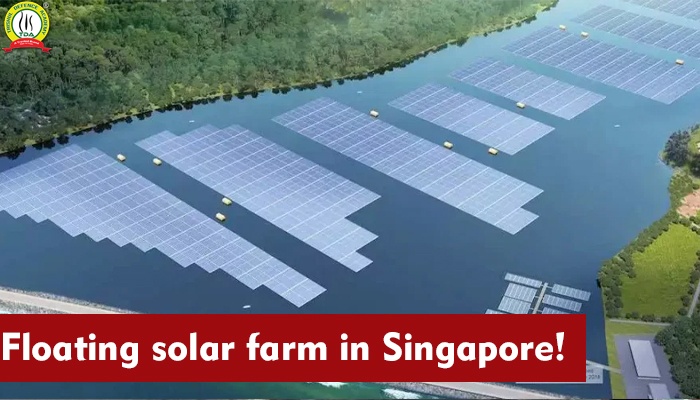 NEW DELHI: Singapore is among the smallest countries in the world but one of the biggest per capita carbon dioxide emitters in India. The move has been taken to cut greenhouse gas emissions and tackle climate change. This project is being built by Sembcorp Industries. The authorities want to change the perception by setting up floating solar farms.

The country is facing a flak for failing to address the issue of climate change.  The island nation is threatened by the rising sea levels as a result of climate change. So, the country is aware of the urgency to cut down emissions. Singapore authorities have chalked out a plan to increase their solar energy use by four times amounting to two percent of the power needs of the country by 2025 and then to three percent by 2030.